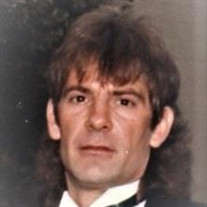 Thomas Earl Lentz, 64, passed away peacefully with family by his side on January 16, 2022. He was born on January 25, 1957 to Earl and Leita (Buckmaster) Lentz in Findlay who precede him in death. He married Jean Pittker on July 25, 1992 and she survives. Also surviving are his children: Emily (Brandon) Muzy, and Joshua Lentz. He had four grandchildren: Millie, Averie, Callie, and Hayzlie Muzy. Surviving siblings include sister Jill (Steve) Egbert, and brothers Rick (Sandy) Lentz, and Bob (Linda) Lentz and many nieces and nephews, and their children. The family would also like to mention his good friends Bill Haley, Dan Sims, and Ethan Eatherton and his faithful dogs Mingo and Clint. After graduating from Findlay High School Thomas did construction where he was self employed for most of his life until his last job at Ball Metal. Thom was an avid outdoorsman. He enjoyed hunting, trapping, fishing, and rustic camping. To his family's dismay, he especially loved to camp and trap in the dead of winter. Along with his son Josh, he raised chickens, ducks, and turkeys. In his youth, Thom enjoyed playing softball with his brothers. He was one of the best left fielders in the league. After he retired from playing ball, he took on the role of coach/advisor for Emily as she played softball for many years. He loved all sports and could talk at length about his favorite teams which included The Ohio State football team, the Cleveland Indians, and the Cleveland Browns. He passionately followed the local high school football and basketball teams. He was a family man and a treasured friend to many. He will be deeply missed. There will be no services held as Thom will be laid to rest in a private setting. A celebration of life will be planned for a later date. Condolences can be made at Affordable cremation and services of Ohio at https://www.cremationservicesofohio.com/. Memorial gifts may be made in Thom’s honor to Hancock County Human Society at Donate – Humane Society & SPCA of Hancock County

Thomas Earl Lentz, 64, passed away peacefully with family by his side on January 16, 2022. He was born on January 25, 1957 to Earl and Leita (Buckmaster) Lentz in Findlay who precede him in death. He married Jean Pittker on July 25, 1992 and... View Obituary & Service Information

The family of Thomas Earl Lentz created this Life Tributes page to make it easy to share your memories.

Thomas Earl Lentz, 64, passed away peacefully with family by...

Send flowers to the Lentz family.