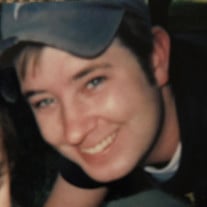 Ryan Matthew David Noe, born March 1, 1982 had his life tragically cut short when he lost his ongoing battle with addiction on April 6, 2021. Ryan graduated from River Valley High School in 2001. An avid sports fan his whole life you could usually find him consuming some form of football or baseball. The Browns, the Buckeyes and his beloved Indians, all teams native to Ohio were of course his favorites. His favorite Chief Wahoo Indians hat was something you never saw him without. If he were not cheering for the Browns, he would cheer for the Redskins. Ryan had always dreamed of being a firefighter/paramedic and he attended paramedic school at Tri Rivers. Outside of sports, the vastness of the outside world was another deep love of Ryan’s. He loved going to Evans Quarry to climb the cliffs. At night when the sky darkened and filled with stars, Ryan spent his nights walking. If there was a thunderstorm, he could be found sitting on the porch watching the rain drops make their way down to earth as the thunder shook the world. Like most children born in the 80s, Ryan had a strong love for rock music. Led Zeppelin, the Doors, the Beatles, Nirvana and Alice in Chains were among his favorites. This love of music was shared unto his daughters, as both of them could name all the Beatles by around four. Ryan was blessed with two beautiful daughters, Alexis Renae Noe (15) and Aubriana Joy Noe (9). Swimming, catch, and Legos were some of the many activities he enjoyed with them. Moreover, like their father they too enjoyed their late night walks under the sky. He liked grilling and made a terrific beer chicken. Among his favorite foods were Tubby’s pizza, mom’s sloppy Joes, and her tuna and noodles. Ryan married the love of his life, Amber (Noe) Page on July 1, 2010 in Myrtle Beach, a marriage that sadly did not last. Ryan’s addiction took away everything from him his relationships, jobs, cars and eventually his life. Ryan’s family hopes that sharing the cause of Ryan’s death might help lead someone to sobriety. Ryan enjoyed spending time w/his family on vacations and picnics. The Noe family was often found at Alum Creek, East Harbor or another state park camping. His grandparents Richard and Maxine Noe and his best friend Alan Douglas preceded Ryan in death. Left to cherish his memory are his daughters Alexis and Aubriana and their mother Amber. His mother Joyce Noe, sister and brother in law, Gina and James Fleming. Nieces Eden and Bethany Fleming and his nephews Jacob and Joshua Fleming. Aunt Sharon (Terry) Welsh, Uncle Donald Noe, Uncle Paul (Karen) Noe, Uncle Steven (Lorna) Noe. Cousins Elaina Baker (Josh Nash), Ashley Noe (Derek Persinger), Jessica (Noe) & Brandon Steffen, Charles Welsh and Lori (Mick) Wallace and Ethan (Amber Noe). His best friend Justin Walters. As well as a host of friends and extended family. A celebration of Ryan’s life will be held on Sunday, April 18, 2021 from 4 p.m. to 7 p.m. at Seton Square, 255 Richland Rd. Come to the community room on the back of the building. Please wear your favorite sport’s team attire in tribute to Ryan. Memorial contributions may be made to the Boys and Girls Club of Marion 565 Oak St. Marion, OH 43302.

Ryan Matthew David Noe, born March 1, 1982 had his life tragically cut short when he lost his ongoing battle with addiction on April 6, 2021. Ryan graduated from River Valley High School in 2001. An avid sports fan his whole life you could... View Obituary & Service Information

The family of Ryan Matthew David Noe created this Life Tributes page to make it easy to share your memories.

Send flowers to the Noe family.