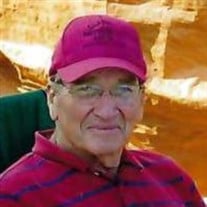 Roy H. Swartz, Jr, 87, of Marion, Ohio was received into his Savior's arms on January 23, 2022. He was born on February 16, 1934 in Marion, Ohio to Minnie Viola (Zeigler) Swartz and Roy H. Swartz, Sr. He is survived by his wife, Joann C. Hart-Swartz, whom he married in 2004, son Rory, Bucyrus, Ohio, daughter, Kim Gabriel (Greg), Galion, Ohio, 3 granddaughters: Amanda Knisley, Galion, Ohio, Jackie Swartz, Bellefontaine, Ohio, Adrienne Gabriel, Dublin, Ohio and Stepson, Adam Gabriel, Columbus, Ohio, brother, Norman (Mary Jo), Marion, Ohio, niece, Gail Miller, (Jerry), South Carolina, nephew, Dean Swartz, Delaware, Ohio. He was preceded in death by his parents, daughter Kay, sister, Marie and brother Ralph He loved to hunt, fish and in his earlier years was an avid bowler. He played golf and enjoyed playing until recent weeks. He got together with his friends to play cards on a weekly basis. Over the years he collected antiques and was one of the original organizers of the Antique Bike Show held for many years in Bucyrus. He loved his Whizzers and Cushmans having restored many. He retired from Timken in 1985 after 30 years of service. He loved his family and they loved him. He will be missed dearly.. Burial will be at a later date. Affordable Cremation Services of Ohio was honored to serve Roy’s family. Online condolences may be made at www.cremationservicesofohio.com

The family of Roy H. Swartz Jr. created this Life Tributes page to make it easy to share your memories.

Send flowers to the Swartz family.