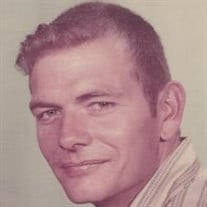 Robert Sheridan Harbolt, Sr. 78 of Marion was called home to be with the Lord on Sunday December 25, 2016 at home. Robert was born October 24, 1938 in Marion to the late Arthur Harbolt Sr. and Ethel D. (Davidson) Harbolt. Bob was the 8th child of 14 born to Art Sr. and Ethel and in addition to his parents, he was preceded in death by brothers Arthur Jr., George William, Charles Frank, Richard, and Larry Harbolt as well as sisters Ruth Murphy, Ethel Jordan, Donna Tyler, and Anna Wanamaker. Bob was married to the love of his life Sally (Roberts) Harbolt on Nov. 10, 1962. He was the father of Robert Harbolt Jr., Marion; Raymond (Deborah) Harbolt, Mustang, OK; Janie (Todd) Plumley, Marion; and Jeanie (Michael) Buckner, Marion; Camille Harbolt of Phoenix, AZ; grandfather to Aurelia and Angela Harbolt both of Marion; Robert Harbolt III of AZ; William (Devin) Harbolt and Thomas Harbolt both of Mustang, OK; Paris and Piper Plumley both of Marion; Devin (Lydia) Miller of Lancaster; Chase (Leilani) Miller of Nevada, OH; and Alex Buckner of Marion; 9 great grandchildren, Leticia, Marianna, Raymond James, Vanessa, Ava, Avila, Isaac, Rolondo, and Abel; Also surviving are brother David and sisters Lynne Morrison, Mary Lou Cook, and Shirley Martin. Bob joined the US Navy on his 17th birthday in 1955 and served until 1961. He married Sally in 1962 in Winslow, Arizona. Bob loved his family and was an avid hunter and fisherman and truly enjoyed teaching his children everything about life. He was a life member of the Amvets Post 777 in Upper Sandusky. Bob was a railroader all his life just as his father and two of his brothers. He worked for the Erie R.R. and the Santa Fe R.R. twice. It was a job he loved which kept him outdoors. His years with the Santa Fe took him to Winslow and Phoenix AZ, the birthplace of his wife Sally. In 1990 Bob retired from the railroad and moved back to Marion. In Marion he worked at UTLX on the Locomotive Crew for 2 years before his final retirement. During retirement he spent time hunting, fishing with family and friends and as his grandkids aged; he took them hunting and fishing, teaching them about the woods, water, and life. Following the death of a brother in law in 2002 Bob rededicated his life to the Lord and Savior Jesus Christ. He would go on to really delve deep into his learning of our Lord and Savior. Bob searched in many church’s and with many pastors, but he asked God to send him someone to fill his yearning to know Christ more. Bob found Les Feldick, from Kinta, OK, a T.V. Bible Teacher and little old rancher that God had blessed with an uncanny ability to divide the word of truth and teach it. Bob studied the Bible so much daily that no man could fool him. His love for Christ was so big, he had to share it. Bob would stop and talk to anyone who would listen. He loved sharing his belief and knowledge of the bible so one could understand. He was a true worker for the Spirit of God. Many a man and women can attest that he loved and shared the “Good News”. Bob will be greatly missed by many, especially his wife, sons, daughters, and all his grandchildren and great grandchildren. Bob Harbolt received the best Christmas anyone could ask for this Christmas Day. He was able to meet our Lord and Savior face to face. “What a day that will be when my Jesus I shall see. When he takes me by the hand and leads me to the Promised Land. What a day, what a day that will be”. Amen The family will be holding a Celebration of Life Service at a later date. The family suggests memorials be in the form of contributions to the donor’s choice and expressions of sympathy can be left at www.cremationservicesofohio.com. Affordable Cremation Services of Ohio, 1701 Marion Williamsport Rd. is assisting the family with arrangements.

Robert Sheridan Harbolt, Sr. 78 of Marion was called home to be with the Lord on Sunday December 25, 2016 at home. Robert was born October 24, 1938 in Marion to the late Arthur Harbolt Sr. and Ethel D. (Davidson) Harbolt. Bob was the 8th child... View Obituary & Service Information

The family of Robert Sheridan Harbolt Sr. created this Life Tributes page to make it easy to share your memories.

Robert Sheridan Harbolt, Sr. 78 of Marion was called home to...

Send flowers to the Harbolt family.