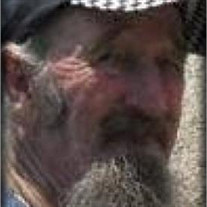 Pearl L. “Dizzy” Dean, 83 of LaRue, OH passed away on Wed. Aug. 26, 2015 at his home. He was born Dec. 1, 1931 in Wharton to the late Dwight H. and Genevieve (Stewart) Dean. On May 3, 1958 he married Velma (Miller) Dean who preceded him in death on Apr. 13, 2012. In addition to his parents and wife, he was preceded in death by brother Donald Eugene Dean and sister Ioma Kalb. Diz is survived by 5 children; Daniel Dean of Marion; Linda (Dan) Baker of Mt. Gilead; Cynthia (Robin) Johnson of N. Manchester, IN; Karen (Roger) Archambault of Sarnia, Ontario, CAN; Donald Dean of Kenton; Fran Dean of Powell; grandchildren Marissa, Hillary, Rachael, Jon, Nathan, Michael, and Michelle; brother John Dean of TN as well as nieces and nephews. Diz worked at grain elevators in Wharton and Forrest before moving to the LaRue area to work for F.J.Laubis. He was a Veteran of the U.S. Navy. Diz enjoyed playing sports and for several years played baseball and basketball for area teams. He also liked to fish, play pool, and hunt. He was a certified scuba diver who assisted with search and rescues. At Diz's request there will be no formal services. The family will share with the public a time of remembrance on Sunday, Sept 13 at the VFW, 204 East Lima St, Forrest, Ohio 45842 from 12-3. Private burial will be held on Wharton Richland Union Cemetery. The family suggests memorial contributions be made to Joyce’s Angels, 277 Kensington Place, Marion, 43302.

The family of Pearl L. "Dizzy" Dean created this Life Tributes page to make it easy to share your memories.

Send flowers to the Dean family.