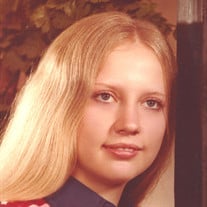 Judy L. Winslow age 59 of LaRue died August 30, 2019 at her residence. She was born on August 20, 1960 in Marion to the late Rex and Mary (Grounds) Martin. She married Jeff Winslow on May 18, 1979 and he survives in LaRue. She is survived by her daughters Kara Beth Winslow, Columbus, Kelly Rebecca Winslow, Marion, 3 grandchildren Ashlyn, Noah, and Tenlee Ryan of Marion, 2 brothers Gary (Faye) Martin, Dennis Martin, a sister Marilyn VanScoy, brother-in-laws Phil Jr. Winslow, LaRue, Steven Winslow, New Bloomington, and Joe Winslow, Bellefontaine. She is preceded in death by a brother Rex Martin. Mrs. Winslow was employed at Whirlpool in Marion. She enjoyed camping, shopping, going out to eat, and being with her children, grandchildren, and her pugs. A celebration of life will be held on Saturday, September 21, 2019 from 3-7 PM at Dry Lane Construction in LaRue. Affordable Cremation Services of Ohio was entrusted to serve the Winslow family. Visit www.cremationservicesofohio.com to send a condolence or share a story.

The family of Judy L Winslow created this Life Tributes page to make it easy to share your memories.

Send flowers to the Winslow family.