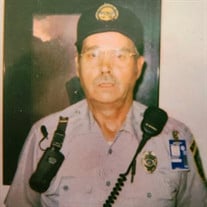 James P. Sarver, 77, of Marion passed away peacefully at home after suffering from Lewy Body Dementia for the past several years with family by his side on December 10, 2020. He was born on May 2, 1943 in Marysville, Ohio to James Pearl Sarver Sr. and Evelyn (Johnson) Sarver. On December 21, 1962 he married Kaleen (Kibbey) Sarver and she survives in Marion. He is survived by his children Kevin (Marsha) Sarver, Duane (Kimberly) Sarver, Mindy (Aaron Kuhns) Sarver Smith, daughter-in-law Samantha (Charlie) McClaskey. James is survived by his grandsons Joshua Hair, Keith Sarver, Matthew Sarver, C.J. Smith, Conner Smith, Jimmie Dale Sarver and Oliver Duane Sarver; granddaughters Kristeena Sarver, Gracelynn Smith, Lyndsey Sarver, Adelynn Kuhns; and grandchildren Nadalee Smith, Kailey and Britney Medley, Cameron and Lacey McClaskey, Andrew Nemeth and 4 great grandchildren. He is also survived by his brother-in-law Richard Gould along with many nieces and nephews. He was preceded in death by his parents, a son Robert Dale Sarver and sisters Laura (Phil) Fogle, Virginia (Larry) Swinning and Jeanette Gould. James served in the U.S. Army from 1962-1965. He then worked at Tecumseh products for nearly twenty years. James eventually retired from NCCI corrections facility in Marion after serving for over ten years. James was a member of the Marion First Church of the Nazarene and was a faithful attender until his health kept him from going. He was an avid sports fan. He rarely missed and Ohio State football or basketball game. He loved baseball, rooting for both the Reds and Indians. This love for sports showed in his desire to watch his grandchildren play sports. In his younger years, he was a baseball umpire, basketball official and coach for baseball. James was a fisherman and loved helping his grandchildren fish. Gospel music was his favorite. His faith was primary in his life as he spent much time reading the Bible and witnessing to his grandchildren. He was perceived as a gentle giant, a man of faith, meek and quiet, truly a Godly man. A memorial service will be held Jan. 9, 2021 at 2:00 p.m. at the First Church of the Nazarene, Marion with Dr. Steve Estep officiating. Affordable Cremation and Funeral Services of Ohio 1701 Marion Williamsport Road East Marion, OH 43302 is caring for the Sarver family in their time of loss.

James P. Sarver, 77, of Marion passed away peacefully at home after suffering from Lewy Body Dementia for the past several years with family by his side on December 10, 2020. He was born on May 2, 1943 in Marysville, Ohio to James Pearl Sarver... View Obituary & Service Information

The family of James P. Sarver Jr. created this Life Tributes page to make it easy to share your memories.

James P. Sarver, 77, of Marion passed away peacefully at home...

Send flowers to the Sarver family.