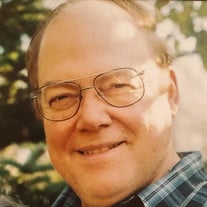 Dr. Christopher Allen Ringle, age 68 of Delaware, Ohio passed on at his home on Wednesday,January 8, 2020. He was born in Duncan, Oklahoma on May 7, 1951 to the late Dean and Averil Louise (Leonard) Ringle. He married Kathy Ann McDonnell on September 15, 1979 in Upper Arlington and had celebrated 39 years of marriage prior to her recent passing. He is survived by his daughters; Misty (Ryan) Hoggatt, Crystalline (Christopher) Cottrill, Sheri (James) Patterson, and Kerry Ringle, his grandchildren; Gracelynn, Shaelynn, Madelynn, and Ryan Blake Hoggatt, Lily, Logan, and Rose Cottrill, William, Robert James, and Ember Patterson, his brothers; Dr.Kurt (Patricia) Ringle, and Dr. Mark (Margaret) Ringle, his nieces and nephews; David Ringle, Julia Ringle, Jonathan Ringle, Jeffrey Ringle, Michael (Emily) Ringle, and Matthew (Morgan) Ringle, Kathy’s Aunt; Eileen Thrush, and his best friends of over 30 years; Steven and Vikki Lutz, Shawn (Shelly) Lutz, Steven, Savannah, and Shaynah Lutz, Sherree (Christopher) Tyler, Daphnee and Chandler Harmon, and Alexander Tyler, as well as many extended family members and friends both with us and passed on. He was a loving member of the Richland Road Church of Christ in Marion and had many dear friends and fond memories there. Throughout his life, he loved God, his family, and his country. He graduated from The Ohio State University as a Doctor of Dental Surgery (one of the very best), was a Captain in the United States Army, had his own dental practice, was a dentist at Wurtsmith AF base, an entomologist, a self-employed lumberjack, worked in construction, owned and operated a fudge business, and ran a steel press for the auto industry. He was above all a proud husband, father, and grandfather, brother, uncle, and loyal friend. He enjoyed singing (as a bass in barbershop quartets, as well as singing in church and with family), was an avid reader, went hiking and mountain climbing, enjoyed speaking different languages (especially Spanish and Russian), landscaping, nature (especially trees, cactus’s, reptiles, insects, and anything concerning the West), Military History, collecting scale-model airplanes, visiting the USAF Museum, target practice, cooking and cuisine (especially southwestern and cajun dishes and anything with coffee, and orange or dark chocolate)burial at the Dayton National Cemetery later this year to be announced.) and fellow-shipping with all of his family and friends. He will be deeply missed. Visitation will be held on Saturday, January 18, 2020 from 3:00-5:00p.m. at the Richland Road Church of Christ, 535 Richland Rd. Marion, OH 43302. Minister Russell Howard will officiate the Memorial Service at 5:00p.m. to follow. Affordable Cremation Services of Ohio is in charge of the arrangements. There will be a military honor service and burial at the Dayton National Cemetery later this year to be announced.

Dr. Christopher Allen Ringle, age 68 of Delaware, Ohio passed on at his home on Wednesday,January 8, 2020. He was born in Duncan, Oklahoma on May 7, 1951 to the late Dean and Averil Louise (Leonard) Ringle. He married Kathy Ann McDonnell on... View Obituary & Service Information

The family of Dr. Christopher A. Ringle created this Life Tributes page to make it easy to share your memories.

Send flowers to the Ringle family.